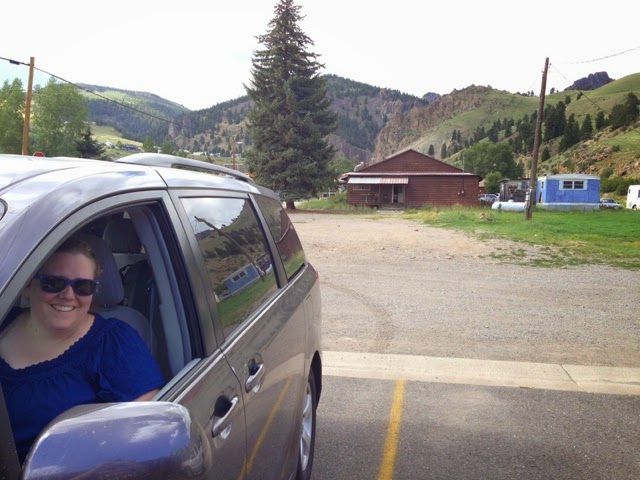 Www.creederep.org
My husband and I are in the middle of a trip to see 4 shows at Creede Repertory Theatre in Creede, Colorado. Kate Berry, an actor friend from college, is in three of the four shows. This is a true repertory style theatre performance schedule. (Yes, KC Rep, I’m looking at you.) It is fascinating how similar Creede is to Mt. Carroll, Illinois and how both small towns can hold these absolute jewels of professional Theatres.
How absolutely lucky and wonderful, especially for the youth of these communities to grow up with live theatre in their backyard (a block from the school.) Now that I’ve written that, I realize that everything in Creede is about a block from everything else, but it still paints the picture.
Tonight was closing night of Annie get your Gun and then Boomtown (improv). In reviewing Kate Berry, I’m extremely biased, cause we drove here to see her – but her comedy delivery really was exceptional. She was over the top, but her physical movements weren’t so big and flailing that it distracted from what she was communicating. She was perfect.
It’s amazing having a young actor in your head from college and then seeing a professional years later. I kept telling my husband that I had to keep myself from crying even though Kate was playing an extremely funny part. I was just very proud of her and everything she’s worked on. I can’t wait to see her again tomorrow.
I know more about the technical side- but first impressions are that CRT is run like a well oiled machine. It may be that we are here at the end of the season, but man, the trains run on time. The house is run efficiently, even though we watched staff an actors run from one theatre to the next, from one show to the next. The artistic directors take great pride in their spaces, and they are decorated accordingly and tell the story of who they are and what they stand for as a theatre company.
Annie was a lively and fun production with a lot of moving parts – set pieces, costumes, singing, and dancing. They kept the set simple with the actors moving the pieces themselves and breaking the fourth wall by calling the changes. It looked effortless, and fun, but the backbone was hours of hard work. Well done.
Emily Van Fleet and Sean Thompson were impeccable as Annie Oakley and Frank Butler. The roles, in the physicality and the singing gymnastics, require the very best and they were up to the task. They had to to tread a fine line of being expressive and funny without being caricatures, which is always the challenge in musical theatre.
Ann Pittman was another actor, Winnie Tate and others, that caught my attention as a younger actor that was able to sparkle in a supporting role. I will be interested to see the range she can provide in other characters as she grows in her craft.
After a delightful showing of Annie, many of the cast went to perform an improv show, Boomtown, at the Ruth. Caitlin Wise, is a bundle of energy that bounced from part to part. She came across as a little scary when she played the part of the internet at one point. Jessica Jackson was absolutely insane – black garbage bags over casts, really? John Diantonio was on this kick about murdering birds, which was frightenly hilarious.
At times, the actors just looked exhausted watching one another in the sketches (one may have dozed off, I won’t tell) but they put on a great improv after most of them were in two shows of Annie Get Your Gun earlier. It may be the mom in me, but that may be a bit much! Or, actors are a little bit more insane than the rest of us? Or both.
Can’t wait for tomorrow!